No surprise that The Skin I Live In has many layers

Almodóvar once again envelops the viewer within a host of different visual motifs and references, in his latest work, The Skin I Live In.

On this occasion, I feel that a short review would be enough for the great Almodóvar – just see this film. For all its baroque themes and aesthetics, even a professed Almodóvar sceptic would get some nourishment from this film. It is pure cinema. I say that in the sense that other arts forms are present and correct, with references to literature and such evocative music, not least of all fine art in the paintings by Titian and sculptures by Louise Bourgeois. The film has so much to offer the viewer, both as an aural and visual feast and all the while encompassing such grand themes as betrayal, revenge, passion and hysteria.

As with the Spanish auteur’s previous films, such as Talk to Her (2002), Volver (2006), All About My Mother (1999) and my personal favourite, Women on the Verge of a Nervous Breakdown (1988); The Skin I Live In moves across many genres, and is all at once melodrama, horror, sci-fi and comedy. Now arguably the most successful Spanish filmmaker of all time, Almodóvar’s mish-mash cauldron of influences could almost be a genre unto itself - there is no doubt his work can be instantly recognised.

Discussion of these many references can be found in countless reviews and articles elsewhere (in fact it is very hard to review the work of a director who has been so widely discussed!), so instead I’ll concentrate my efforts on one particular pleasure of the film, namely the scopophilic one. A love affair with looking is demonstrable by the numerous inventive ways the characters are seen to engage in staring, spying and gazing.

Held captive in the Cigaral, Vera (Elena Anaya) wears a body stocking to protect her artificially engineered skin. The architect of this doubly layered outerwear is her captor, Dr Robert Ledgard (Antonio Banderas) who has used transgenesis to grow a new super skin that will withstand burns and insect bites. Contained within the four walls of her room, Vera is the subject of camera surveillance, and is watched by Robert on a giant flat screen, reclining on her bed, much like the Titian nudes hanging on the walls of his home. It is because of this manifold mediation, that of seeing Vera in the frame of a widescreen TV, wearing a stocking to cover the skin that is not her original - that Almodóvar’s lingering shots of her eyes have such great resonance, as becomes apparent in the film’s revelatory third act. These gateways’ to the soul sparkle and emote, and it is testament to Anaya’s performance that she conveys so much with her eyes in a role that demands a great deal from her whole body.

Equally, in a case of mistaken identity, Zeca (Roberto Álamo) desires Vera after seeing her in one of the many smaller screens in the house’s kitchen and displays a fervent, frustrated, passion in his attempts to overcome the boundary that separates him from the object of his craving.

In another beautifully directed scene, the problem of personal perspective and what is hidden from view is brought to the fore. At the wedding of a friend, Robert keeps an eye on his socially awkward daughter, Norma (Blanca Suárez). A series of shot-reverse - shots show Robert to be peering at Norma through the bodies on the dance floor, glimpsing her exchanges with her peers. In the meantime Norma is looking at a young man, who reciprocates her gaze. What follows is a masterful revealing of the actual and speculative events, as Robert infers one conclusion, and the viewer is made complicit in the real interaction between Norma and her young beau. This Hitchcockian sleight-of-hand is a pleasure to behold, as the foundations are laid for the characters dark intentions and even darker actions.

The Skin I Live In offers much for the viewer to revel in. Especially Banderas, who shows how great his range, is when compared to his other collaborations with Almodóvar, Women on the Verge… and Tie me Up! Tie me Down! (1990). He expresses a cool and distant presence, but one who nonetheless feels deeply for those he loves.

Still, for all its genre-bending inventiveness, the film is most successful as a horror, and it is the ideas and images expressed in that vein that will linger in my mind … 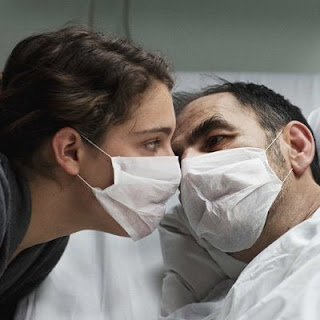 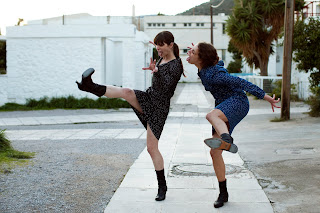 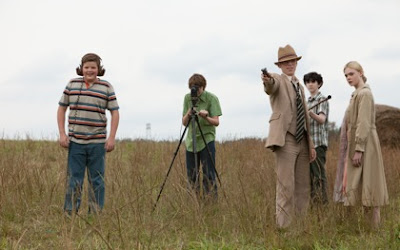